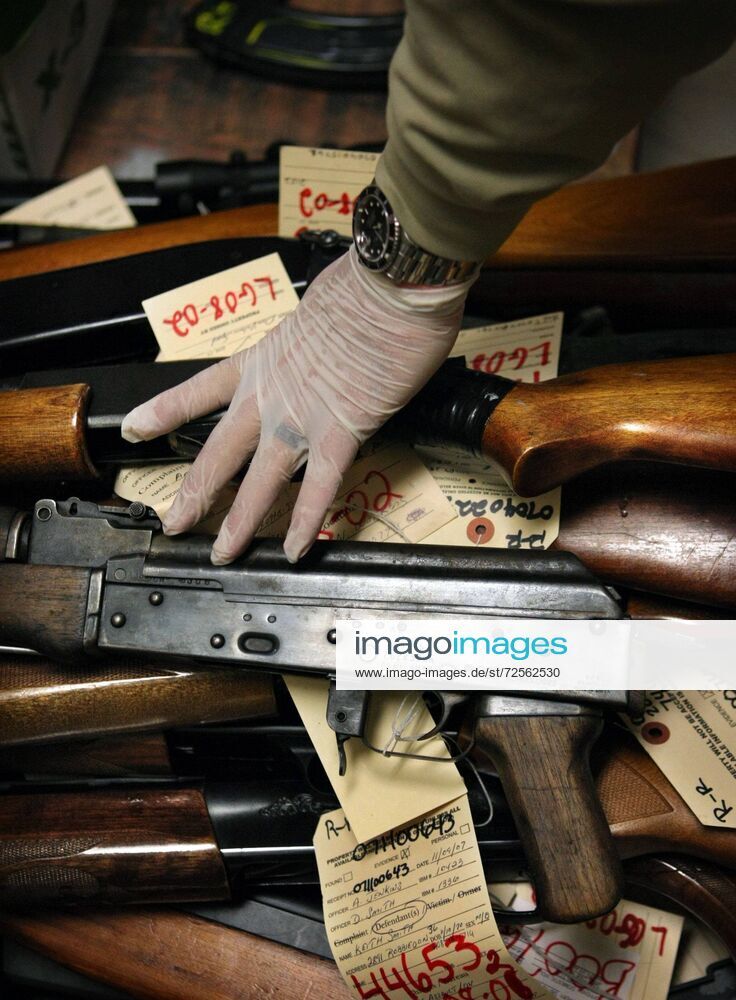 Mar. 29, 2010 - Memphis, TN, USA - March 29, 2010 Captain Andy Boyd tries to stack as many rifles, shotguns, and assault weapons as possible in a pair of plastic barrels as deputies from the Shelby County Sheriff s office catalog and remove over 350 firearms from the Criminal Court Clerk s property room Monday morning. Since 2006, the sheriff has destroyed all guns it receives from the state courts, but a state law that went into effect this month says that the sheriff will have to sell or trade all weapons that are identifiable by serial number, are safe and are in working condition. PUBLICATIONxINxGERxSUIxAUTxONLY - ZUMAc51_