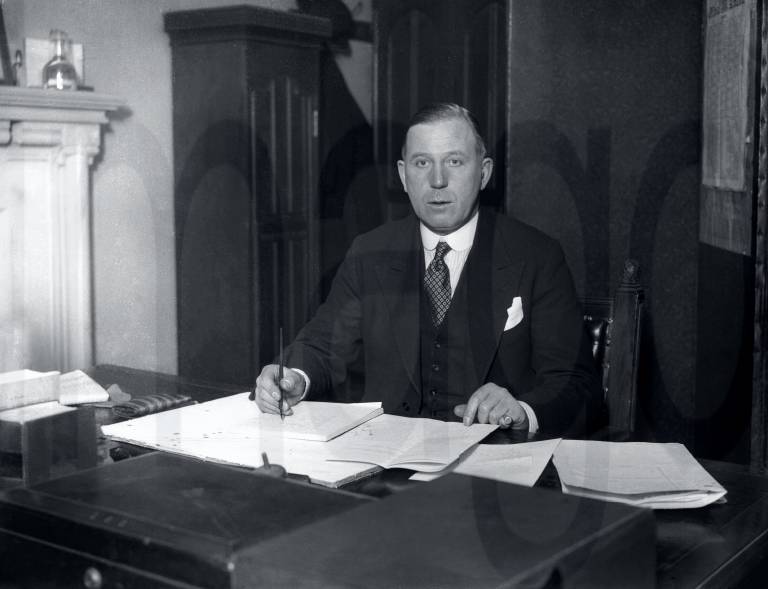 Mr Leslie Cecil Bowker , OBE , MC , legal secretary to the Law Officers of the Crown , who was formerly well known as a footballer , was elected City Remembrancer in succession to the late J B Aspinall . More than 50 barristers , including an MP and several KCs and solicitors were candidates for the post , which is one of the pleasantest in the legal profession . The City Remembrancer has the privilege of a seat under the gallery of the House of Commons . One of his principal duties is to attend the sittings of Parliament and watch all measures introduced or proposed to be introduced which may affect the City . Mr Bowker is 45 years of age . 2 March 1933, United Kingdom England Copyright: Topfoto PUBLICATIONxINxGERxSUIxAUTxONLY !ACHTUNG AUFNAHMEDATUM GESCHƒTZT! UnitedArchives1316424